We had our first real rain last night since we started in Queenston on May 3rd. This was actually our third rainfall but it was also by far the heaviest. Rain. Not a shower.

When I awoke — late, because I had forgotten to reset my alarm from the B&B — I idly flicked a slug off the outside of my hammock bug netting.

Later on, after lunch, we looked out from a lookout up on Sydney Bluff across to Jones Bluff, and realized that at our sluggish pace, we had just walked along those cliffs earlier in the morning.

Upon reflecting that the slug had sluggishly and single-mindedly crawled about five metres from the tree and along my hammock suspension and then along my netting, we realized that it’s a decent parallel
to our five week clamber along the escarpment spine of southern Ontario.
We had a better day today, partly because of that realization and inspiration. 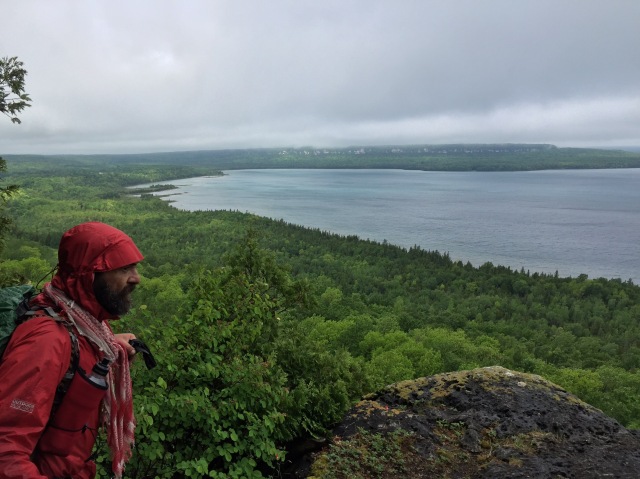 Kookork surveying our progress with a misty eye 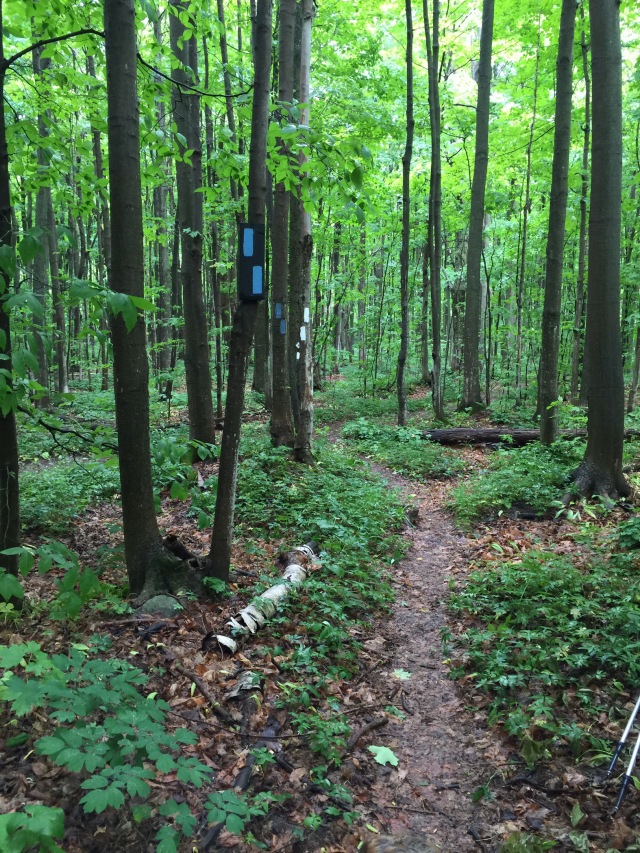 We dont do blue blazes — although someone had … 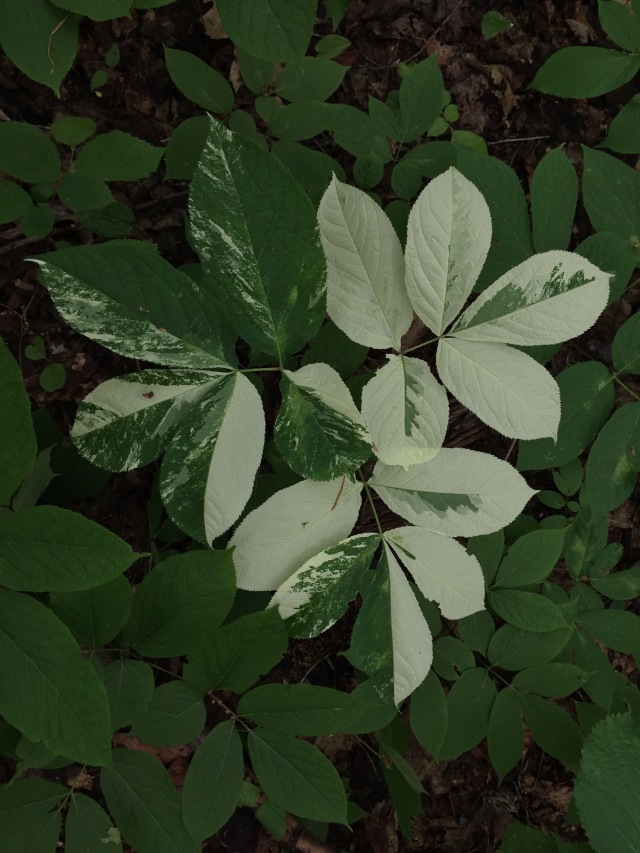 Green & white (Aralia nudicaulis, one of the mostncommon plsnts along the Trail)

4 thoughts on “The Slug”