We got 2 kilometres into Kelso Conservation late this afternoon when we were told the Park was closed. We were told to hike 2 km back to Appleby Line … Turns out there was a tragic death of a cyclist earlier in the day. The police investigation wasn’t finished.

So we did a solid 28 km today! And feeling it! Kookork set up his tent on beautiful pine duff, ate his cold supper, and went to sleep. I had a challenging time hanging my hammock between two bendy young conifers. The tarp is strung low to the hammock because of the forecast thunderstorms, but when I get into the hammock, the conifers flex, the hammock sags comfortably, but the tarp loosens. I think I’m ok for tonight. We’ll see … 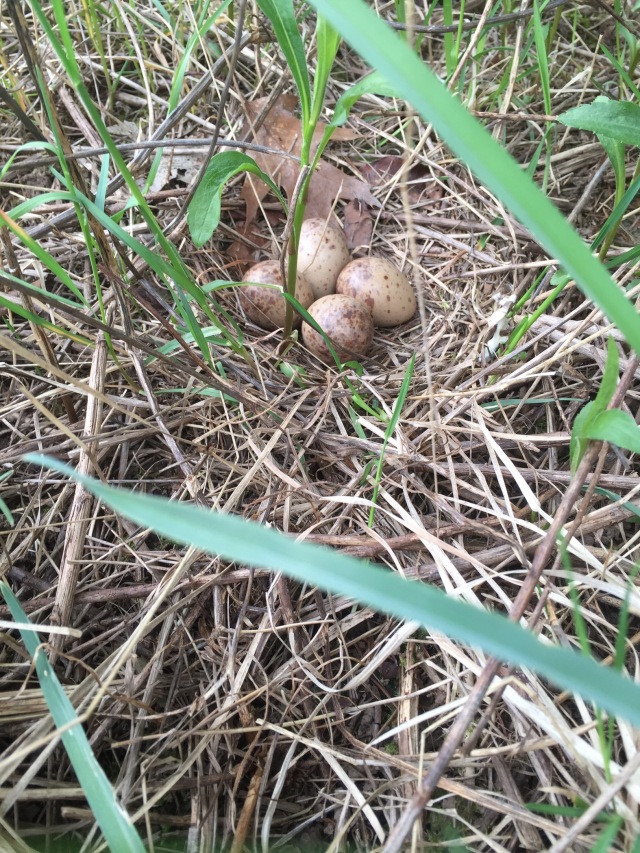 woodcock nest near my hammock

Right now I’m being serenaded by “drink your tea” as a Rufous-sided Towhee moves around his land, singing his evening bounds. Seems I’m about in the middle of his territory. Lovely!


Several highlights of the day:

Two packs of coyotes now yipping and wailing at each other, with a farm dog joining in the chorus over a bass line of lowing cows. I’m leaving my ‘ears’ in tonight, all the better to enjoy the incoming weather.

Oh, and today I got a wonderful present — or will when I get home — from Dan, who searched out and found and drove two hours to get me something that saves me more than 10% of my ‘base weight’. One kilogram is the single biggest savings I’ve been able to make! Details to come …