“Sustainability is key for hiking” says my hiking partner.

As much as I’m learning from ‘Kookork’ about trimming my packweight, I’m appreciating even more understanding through him how to sustain myself.

Ditching kilograms from the stuff I’m carrying will help me sustain my physical body, enabling me to much more easily hike day after day.

But I think the deeper understanding I’m learning from him is how to slow down. Breaking camp and starting along the Trail by 6:30 or earlier leaves enough time to walk at a leisurely pace, have many micro-pauses to (literally!) smell the flowers, to have frequent 5-10 minute breaks for a mouthful of gorp, and even longer stops for more filling repasts.

The several days I walked alone starting out, I would often stride out, using my leg length and more particularly some race-walking techniques to power myself along. But Kookork walks slowly, very slowly sometimes, yet we’ve covered the same number of daily kilometres much less stressfully on our physical bodies — and that in the much more strenuous sections around Grimsby and beyond approaching Hamilton. 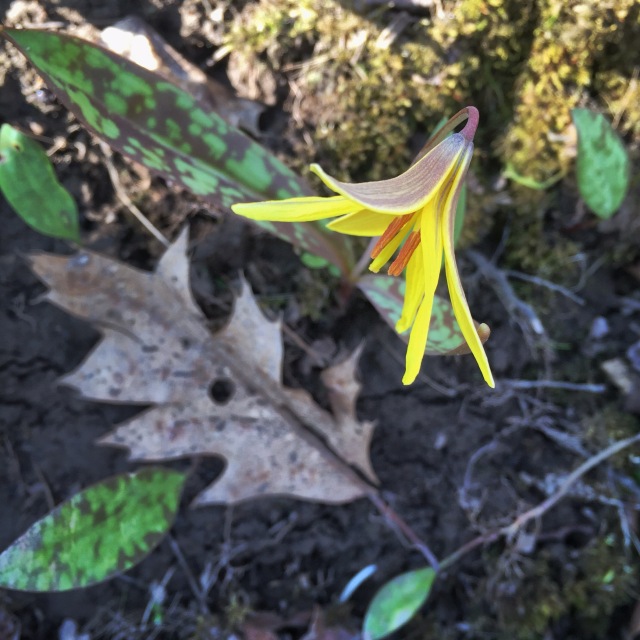 Case in point was the section through the Wolverhampton Conservation Area. Significant parts are quite roughly stony, with lots of ups-&-downs traversing various plateaus and slopes through the prettiest old forest so far. There’s been some particularly good trailwork done by Bruce Trail volunteers. (Bless them in every way!) We took many one-minute breaks to appreciate the simple way stones had been removed from between bigger rocks so as to make the path more even. We took longer breaks to marvel at by far the highest species diversity of plants so far. We began to observe that the plants were spread out in a multitude of small clumps indicative of minimal disturbance (i.e., grazing) and a long period of relative stability. Previously and since, we’ve been walking through large stretches of barren forest floors, or large sections of just Trout Lily or Blue Cohosh for example, indicating an ecosystem that’s been decimated by grazing, leaving only a few seeds and root stocks to repopulate the forest. As the forest matures without disturbance, these masses of genetically nearly identical plants (due to vegetative propagation, or to self-pollination, for example) break down as other seeds get carried in, or as buried rootstocks break up the monocultural swarms. Not only does the overall species diversity rise, but also the spatial diversity as the plants become more mixed together. This results in the true ecological value value of mature climax forests, not just the magnificent tall trees.


We found an old spring guarded by a cement box just off the trail that Kookork had chanced upon during his previous mid-summer thruhike six years ago. We most joyously celebrated this splendid source of cold clean water by filling our bellies and our bottles. This was all the more appreciated hecause this dry Spring has shriveled up so many of the water sources along the Trail.

(As I’m laying in my hammock writing this, a pack of coyotes just started yipping and yodeling up above me on top of the escarpment. What a lovely sound! (… My hiking shoes are hanging on the lee side of my hammock, setting up.defensive olfactory perimeter that will deter any and every creature! …))

So going slowly with Kookork is making me build my hiking muscles, skills, attitudes, and outlooks much more sustainably than I’m quite sure I would have in my own. 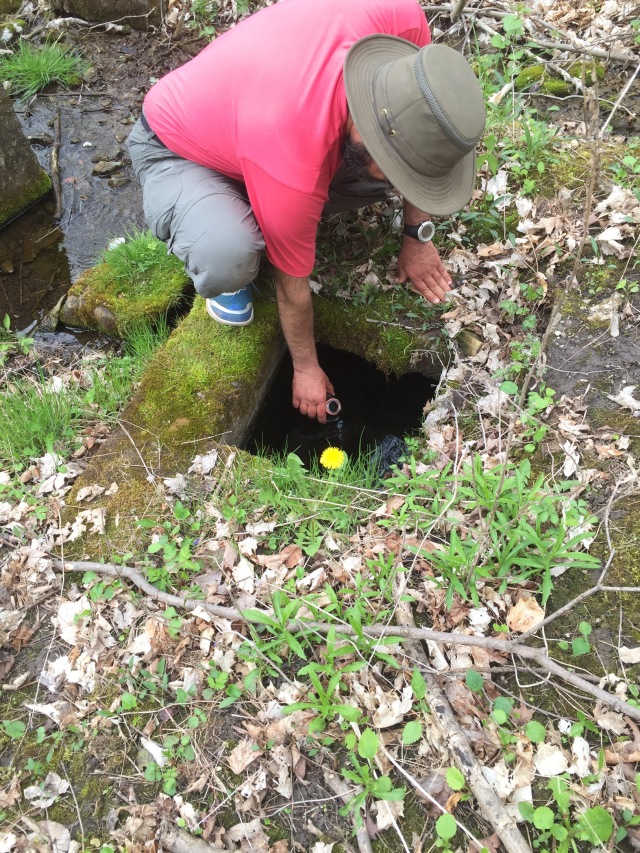 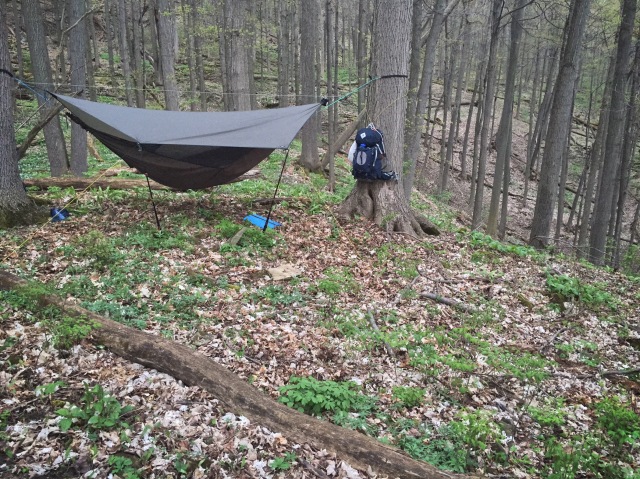 hanging along the Trail

(As I’m finishing this, the wind is rising as forecast. I’m going out to batten down my tarp. Goodnight!)